Mars will only be adopted with his foster brother, Rupert, or to a home that already has another super active young cat or kitten who will play with and mentor him.

Mars is one of the three brothers named after Roman gods…or planets of our solar system.  Even though his namesake is the god of war, there is not a fight in him. He is the gentlest kitten among his brothers and foster brother. His favorite thing to do is “making biscuits” on any soft surface, including you! He could do that for hours on end. He also constantly bleps. Just look at his cute pictures. Mars would love to find his forever home with his foster brother, Rupert

IS ALSO:
Spayed/Neutered - Vaccinated - Dewormed - Treated for Fleas
Tested for FeLV and FIV (cats and kittens only) - Microchipped

PLEASE NOTE:
Kitten Rescue is located in Los Angeles, CA and we only adopt animals to homes in the greater Los Angeles area.

Sorry, the comment form is closed at this time.

Back to All Animals 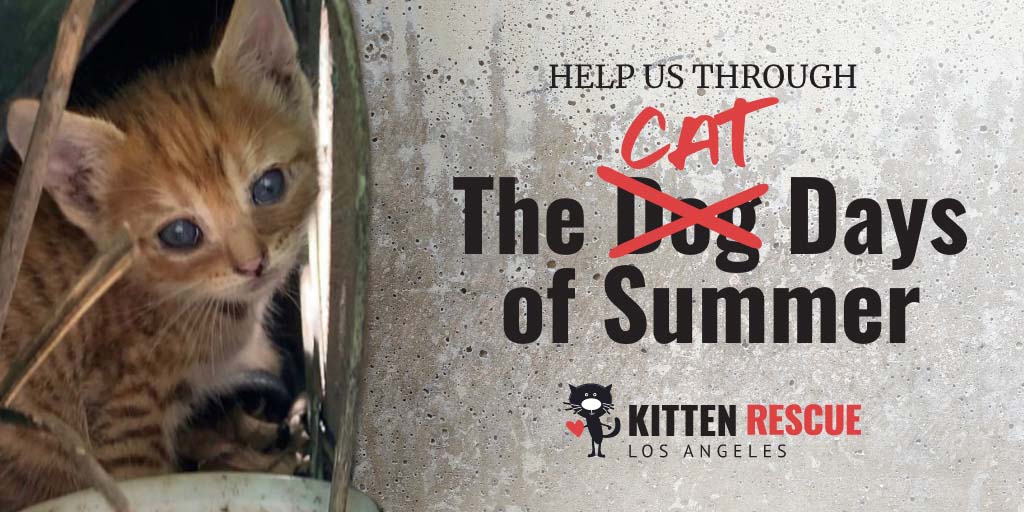 Kittens need our help. That means we need YOUR help!

This year is particularly hard. Our sanctuary and foster homes are at capacity yet the calls for help keep coming in. Our intake is up 40%. Many of the kittens that we are saving from the streets are sick or injured, adding to our mounting vet bills. But there are more kittens who still need our help.

Please help us get through these Cat Days of Summer by making a tax-deductible donation today.